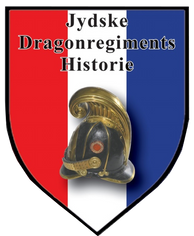 Cronicle of Persons and events for 170 years. 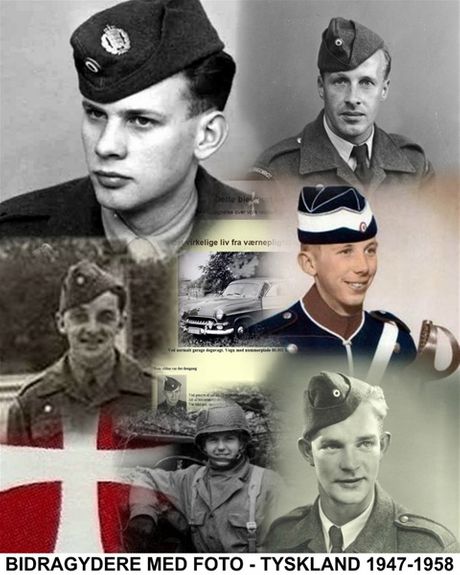 The Danish Brigade in Germany.

In June 1947, the confederation of the newly established unit "The Danish Brigade in Germany" took its stands in Jever and Varelland and on the Aurich Peninsula in eastern Frisia, which had been awarded the strength of occupation in Germany. Later a department was located in Oldenburg. The area was in the British occupation zone.

Thus, the liberation government had honored the "exchange" that Danish circles in London had issued during the war that Denmark would assume obligations in connection with the occupation of Germany. The task of the strength was a occupation force or as it has been expressed "to be here". This meant that, along with the other Allied forces, it was the power factor that ensured that the civilian authorities could work in post-war Germany.

The force consisted of military personnel and was in the period from June 1947 to the spring of 1949, in approximately 4000 men.

After negotiations with Britain in 1948-49, the agreement was extended until 1951. However, the strength was reduced to 2,000 men from April 49. In the autumn of the same year, it was further reduced to about 1000 male and in addition sent to western Holstein. Its name was simultaneously changed to "The Danish Command in Germany".

The Danish command in Germany

October 7th. In 1949, Colonel Bjerregaard took over at a parade in Jever the unity he had to command over the next few years. The unit, "The Danish Command in Germany", replaced "The Danish Brigade in Germany", and was about 1,000 male. It was still stationed in Jever in the former Brigade area. l Nov. 49 sent a pre command to the old Danish garnish city, Itzehoe in Holstein, to take over the barracks there after the Norwegian German brigade. The other departments were transferred during December and January. On January 24, 1950, the command was finally established in Itzehoe, which became their garrison city until dissolved in 1958. In 1951, the strength was strengthened with an engineering company. Later a staff company followed. The brigade and command were originally sent to Germany as occupying forces, but the task changed over the years, in January 1951, the unity of the standing NATO force in the northern German territory, Allied Land Forces Schleswig-Holstein (ALF SH), was subject to General Eisenhowers command. The head of the Norwegian German brigade was given command of ALF S-H. Following the withdrawal of the Norwegian brigade in 1953, this command post passed to the head of "The Danish Command". ALF S-H had its headquarters in Rendsburg, where a minor detachement of the command was stationed. In 1952, West Germany became a sovereign state and soon after joining NATO. Thus, the occupation tasks of the command were definitively canceled.

By the end of March 1958, the Danish Command from Itzehoe returned to Denmark. A historical epoch was completed.

See the Dragons own photo from the time at The Danish Brigade (Oldenburg) and the Danish Command (Itzehoe) here: 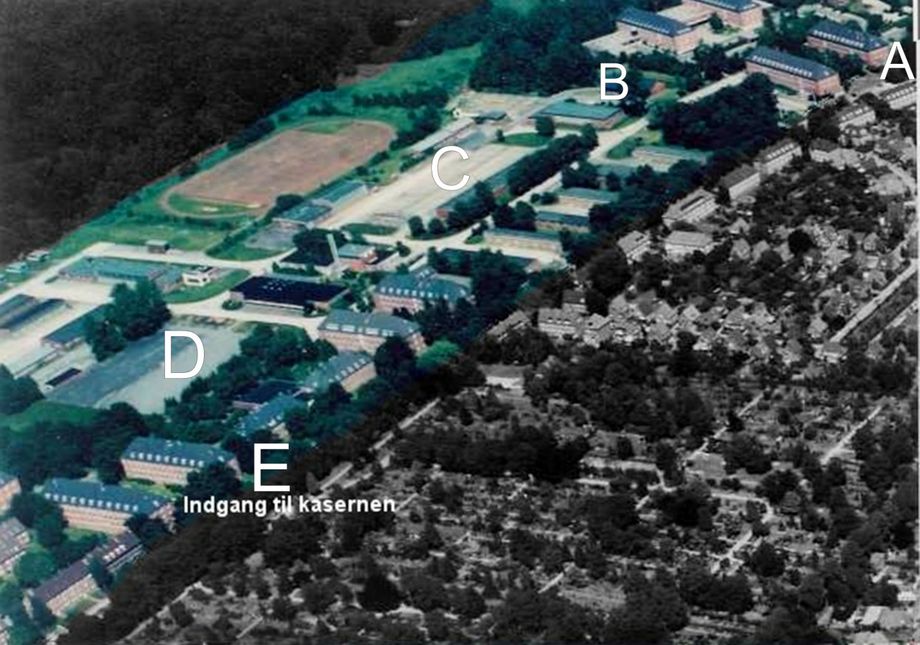 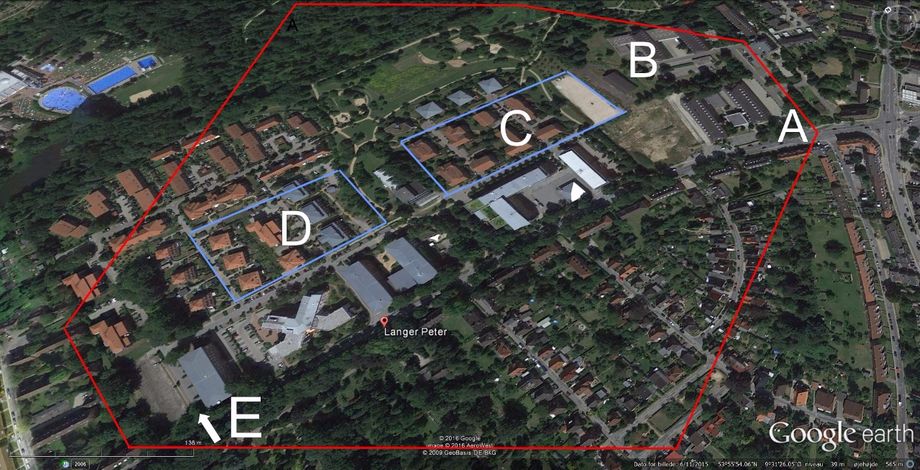 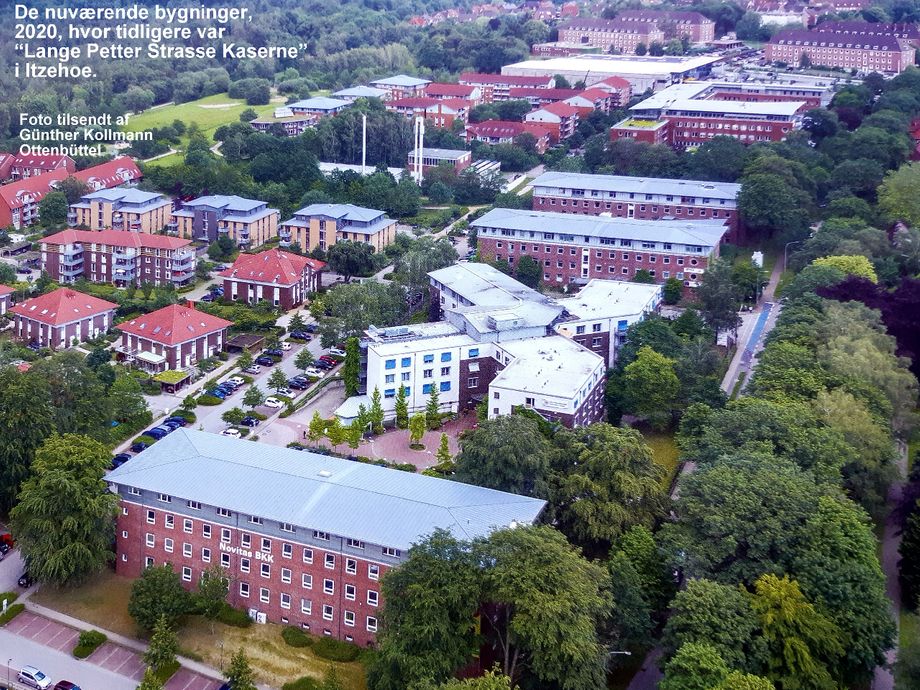 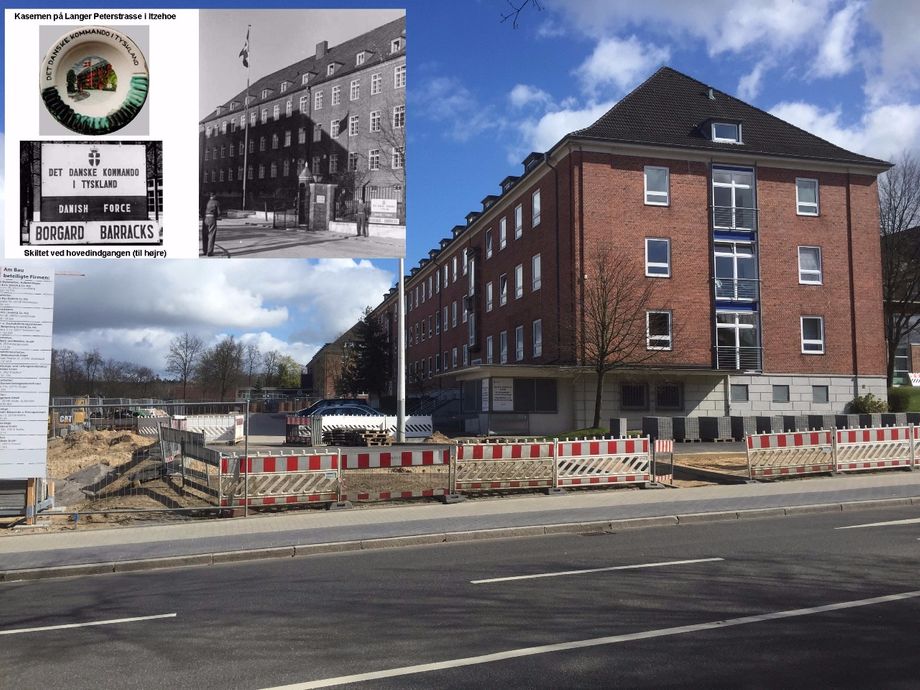 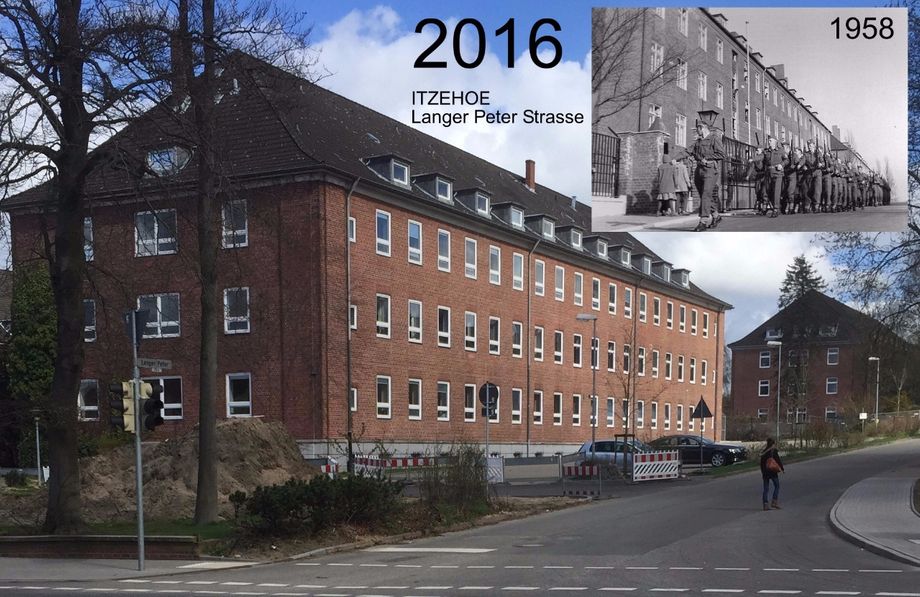 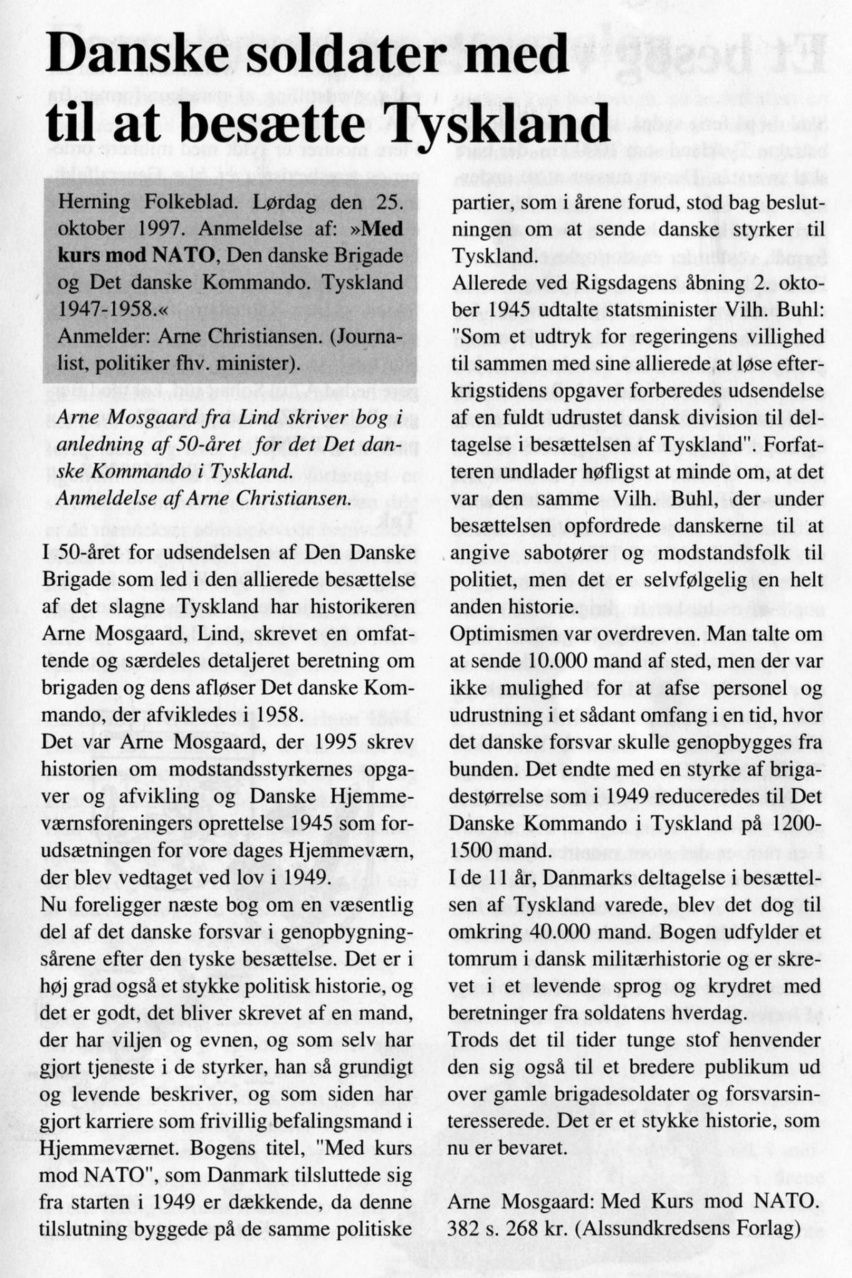 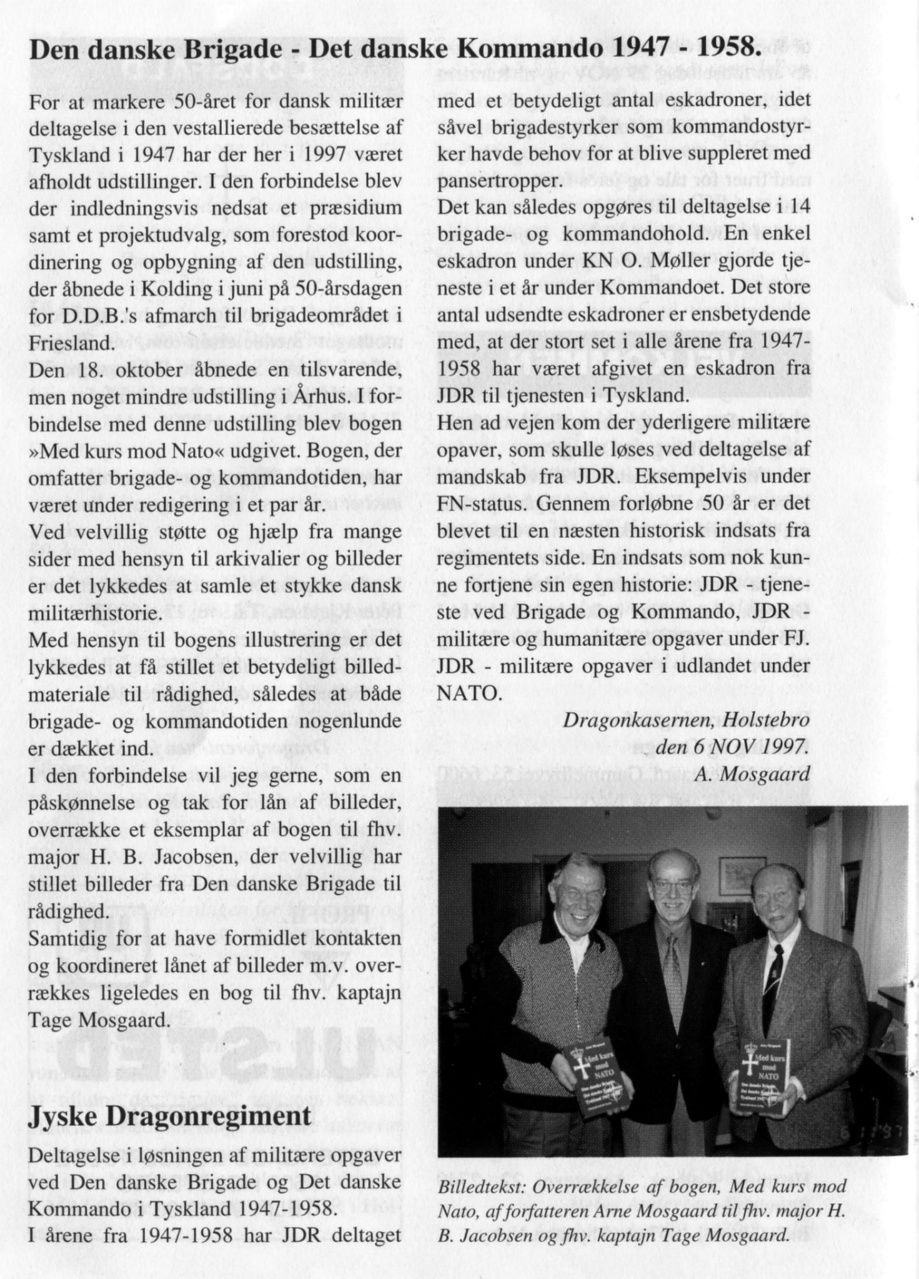